The Dutch's National Tulip Day might have happened in January, but in the spring everything in the Netherlands becomes tulip-o-mania! Whether you want to get up close-and-personal with the flower buds, or wanting a breathtaking fields of vivid coloured-tulips as your photo background, check out this short list we've complied for you of all the things tulip related in Amsterdam! Held throughout the entire month of April, the Tulip Festival lights up the streets of the city with colourful tulips in full bloom around various gardens across Amsterdam. Just go around the city and you can immediately spot colourful tulips in gardens everywhere, including in some famous museums like Rijksmuseum, Van Gogh Museum, Vondelpark, Rembrandtplein and EYE Filmmuseum.

2. Keukenhof: The Garden of Europe A must-visit destination when visiting The Netherlands, Keukenhof (also known as the Garden of Europe), is just a short drive or a train-ride away to Lisse from Amsterdam city center. Keukenhof is the largest flower garden in the world, boasting over 7 million flower bulbs which are planted annually in the park, and covering an area of 32 hectares (79 acres). The garden is only open for a few weeks from March to May, while the best time to catch its full bloom is in mid-April, so make sure that you plan accordingly and don't miss it! The Netherlands produces a magnificent 70% of the world's commercial flower output, and when you stand in the middle of the amazing Flower Strip, you can see why. Also known as Bollenstreek, this spectacular 20 kilometre display of blossoming tulips and other flowers such as the pink crocuses, bright yellow daffodils, and purple hyacinths. Beginning in late March, the fields come alive with color, and reaching its peak vibrancy in mid-April. Visit this breathtaking field like a local – by bike! (Don't forget to check out these other exciting bike routes in and around Amsterdam as well!). Make your colourful spring moments among the tulips memorable! SweetEscape connects you to 2000+ photographers in more than 500 cities around the world to capture every moment of you! Use the code FIRSTESCAPE on your first SweetEscape booking to get USD50 off, and let's #MakeLifeMemorable! 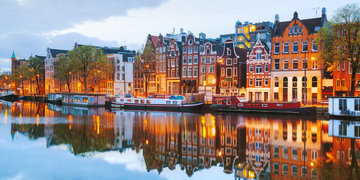 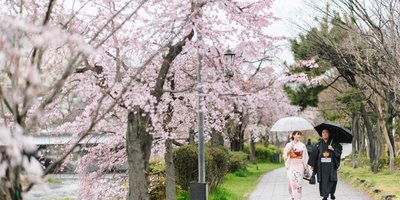 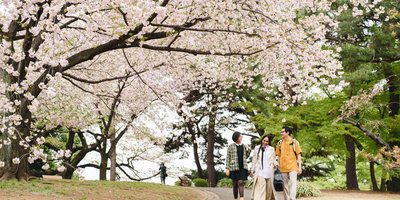 Our Top 5 Spots for Cherry Blossom Viewing in Tokyo