Game of Thrones: Seven Locations From The Seven Kingdoms for Your Next Holiday!
29 Apr 2019EXPLOREBY SweetEscape

HBO's hit series Game of Thrones has undoubtedly transformed into a cultural phenomenon over the 10 years and 8 seasons it has been on TV. Not only does it provide excellent storytelling, compelling character developments, and straight-out shocking surprise moments over and over again, the show also brought us to a lot of stunning locations.

Now that Game of Thrones has ended, we want to take you to seven locations inspired by the Seven great Houses of the Seven Kingdoms to give you some inspirations for your next holiday! (SPOILER WARNING! There will be plenty of plot points in this post, so beware!) Winter is Coming. Arguably the noblest of the noble houses in the story, House Stark of Winterfell lives with a strict code of honour and integrity. For generations, the head of the house loyally serves as Warden of the North, until Ned Stark's death ignited the War of Five Kings, when they declared Robb Stark and later Jon Snow as the King in the North. Until the end, House Stark serves as a symbol of loyalty and integrity in a world of chaos and dirty politics, with (SPOILER ALERT) Queen Sansa Stark as the Queen in The North as the series ended. Although Winterfell, the seat of House Stark is shot in Belfast, Northern Ireland, we think Zermatt in Switzerland is the perfect place to go if you want to really feel like you're in The North. Zermatt is a car-free village, so you can spend your days strolling around this beautiful little snow-covered village at the foot of the Matterhorn mountain in the Swiss Alps. Zermatt is also the western terminus of the Glacier Express train, so don't forget to take a ride with the train to another beautiful Swiss city of St. Moritz.

The Lannisters send their regards... Well actually that's not their family's motto (it's 'Hear Me Roar'), but the Golden Lions of Casterly Rock are infamous for pulling the strings behind the horrific Red Wedding that killed a room full of unsuspecting Stark soldiers and their King Robb Stark. Over the seasons, this cunning, and extremely rich family have been doing whatever they can for the benefit of their own house, even if that means doing a lot of nasty businesses. The seat of their house in Casterly Rock is infamously sitting on top of a gold mine, but ever since the series started, most of their senior members such as Tywin, Cersei, Jamie, and Tyrion Lannister have been going about their businesses in the capital city King's Landing, with Cersei eventually becoming the Queen of the Seven Kingdoms, and virtually the main villain of the series until the end of the final season.

by Dino for SweetEscape in Dubrovnik The beautiful, buzzling King's Landing was filmed in the equally stunning city of Dubrovnik in Croatia. Dubrovnik is one of the most prominent tourist destinations in the Mediterranean Sea, a seaport and the centre of Dubrovnik-Neretva County. In 1979, the city of Dubrovnik joined the UNESCO list of World Heritage sites. Visit Dubrovnik's distinctive Old Town, encircled with massive stone walls completed in the 16th century, the baroque St. Blaise Church, the Renaissance Sponza Palace and Gothic Rector’s Palace, all amazingly well-preserved. Paved with limestone, the pedestrianized Stradun (or Placa) is lined with shops and restaurants.

Fire and Blood. The Valyrian House Targaryen have ruled the Seven Kingdoms for centuries since Aegon the Conqueror first arrived in Westeros many years back, until the Mad King Aerys II Targaryen was killed by The King Slayer Ser Jamie Lannister during the climax of Robert's Rebellion, which in turn was fueled by the forbidden love story Prince Rhaegar Targaryen and Lyanna Stark sets the stage for the story of Game of Thrones, and their hidden son (SPOILER ALERT) Jon Snow, turns out to be the protagonist of the show. Since then, the Mother of Dragons herself, Daenerys Targaryen, has been in a journey to reclaim the Iron Throne for her family, until she (SPOILER ALERT, AGAIN!) shockingly became the main antagonist of the series at the final two episodes of the series. Their family seat in Dragonstone was filmed in the beautiful Vik I Myrdal in Iceland. The dark-grey coloured sands and mist covered scenery of this unique travel destination offers a simply remarkable background for your photos.

Unbowed, Unbent, Unbroken. The only house not to be conquered by Aegon the Conqueror centuries back, the golden-skinned, free-spirited people of Dorne are the definition of passion and sensation, with their progressive views towards love, rule, traditions, and relationship. This is the home of the Red Viper Oberyn Martell himself, along with his paramour Ellaria Sand and the infamous Sand Snakes, who met their tragic end in the hands of houses Lannister and Greyjoy.

by Gabriel for SweetEscape in Seville Like the fictional Dorne, Seville also offers romanticism and free-spirited passion. Seville is famous for the passionate flamenco dancing, while its' major landmarks such as the ornate Alcazar castle complex and the 18th century Plaza de Toros de la Maestranza bullring have been used as filming location for blockbuster movies multiple times. Don't forget to visit The Gothic Seville Cathedral, where the famous Christopher Columbus was laid to rest.

Ours is The Fury. As the King of Seven Kingdoms, Robert Baratheon was sadly unable to realize all the political machinations happening behind the curtains and walls of the Red Keep, resulting in his untimely death early in the series. His two brothers, Stannis and Renly Baratheon, were equally misguided, and ended up failing in their campaigns for the Iron Throne, almost completely ending the House, until (SPOILER ALERT), Gendry finally became Lord Gendry Baratheon of Storm's End, surviving the house. House Baratheon's seat is in Storm's End, and we think it is fitting to make Edinburgh the place inspired by the famed castle in Westeros. Edinburgh in Scotland is also home to many historic castles and fortresses, including Edinburgh Castle, home to Scotland’s crown jewels and the Stone of Destiny, used in the coronation of Scottish rulers. Arthur’s Seat is an imposing peak in Holyrood Park with sweeping views, and Calton Hill is topped with monuments and memorials.

We Do Not Sow. Essentially the pirates of Westeros, House Greyjoy of Pyke rules the Iron Islands and are a seafaring house with strong maritime powers, bolstered by the powerful Iron Fleet. As the show progresses, House Greyjoy is split right down the middle, with Yara and Theon Greyjoy supporting Daenerys Targaryen's conquest, while their uncle Euron Greyjoy supports Cersei Lannister's rule.

by for SweetEscape in Nuuk The rocky islands of Pyke can be recreated in the unique city of Nuuk, the capital city of Greenland. Its large fjord system is known for waterfalls, humpback whales and icebergs. The waterfront is dotted with brightly colored houses against the backdrop of Sermitsiaq mountain. Greenland National Museum has mummies and Inuit skin boats, while the Nuuk Art Museum displays local works.

Growing Strong. House Tyrell of Highgarden might not be the strongest house, but certainly one of the most cultured and fashionable. Led by their matriach Olenna Tyrell and famous for their beautiful Queen Margery Tyrell, the rulers of Highgarden played a crucial role in the politics of Westeros, including effectively ending the War of Five Kings by murdering the horrible King Jeoffrey Baratheon. In the end, House Tyrell was eliminated when The Lannister Army conquered Highgarden and mercifully ending Olenna's life with a painless poison, only for Olenna to reveal the truth about Jeoffrey's murder to Jamie Lannister with her last words. 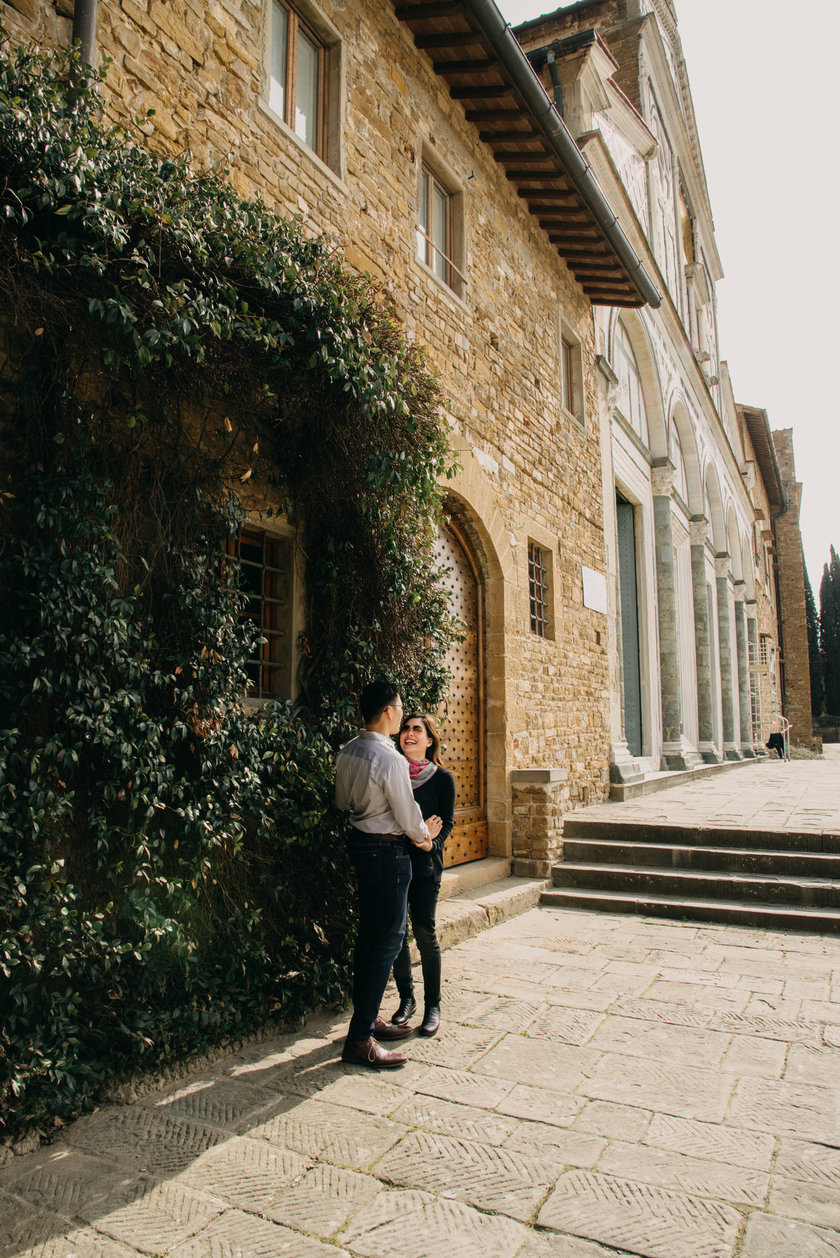 The fabulous countryside of Highgarden is beautifully represented in Florence, Italy. This capital of Italy’s Tuscany region is home to many masterpieces of Renaissance art and architecture. One of its most iconic sights is the Duomo, a cathedral with a terracotta-tiled dome engineered by Brunelleschi and a bell tower by Giotto. The Galleria dell'Accademia displays Michelangelo’s “David” sculpture. The Uffizi Gallery exhibits Botticelli’s “The Birth of Venus” and da Vinci’s “Annunciation". Also don't forget to visit Tuscany's wine country, decorated with rolling-green plains and beautiful scenery. Wherever you plan to go to recreate your Seven Kingdoms moments, make it memorable with SweetEscape! We connect you to 2000+ professional photographers in more than 400 cities around the world, so all you have to do is to create your memories, while we take great photos of your every moment! Use the code FIRSTESCAPE on your first SweetEscape booking to get USD50 off and let's #MakeLifeMemorable! 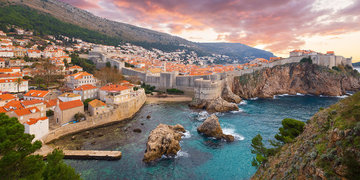 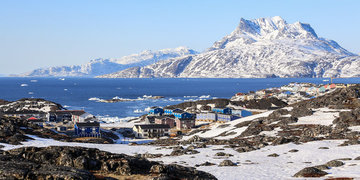 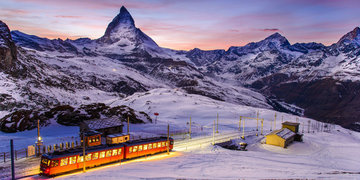 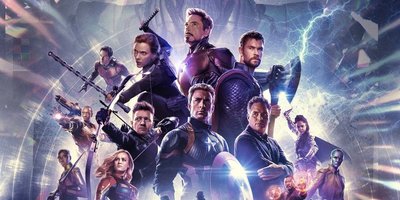 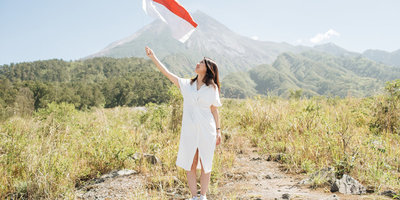 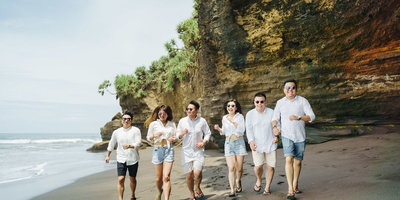