Did You Know? LA Is Pretty By Night
05 Jun 2017EXPLOREBY SweetEscape

People love taking pictures during the day time. Why? Because of natural light, of course. The bright sky and the glazing sun have people want to snap pictures as they soak in the warmth. Some prefer to catch early sunrise while others wait for a sunset. However, night time is generally not the first choice for photo taking moments.

We beg to differ. Although an evening photo session is not the most common, mainly because lighting can be a bit challenging, we know of some great places that is even more gorgeous after the sun has set and the city looks like its asleep.

One of our favorite places for night photo-taking places is Los Angeles. Here’s a list of photogenic spot you must visit when you’re in the City of Angels: This is one of the city’s signature, which is actually an art installation made of lines of lampposts, two hundred and two restored cast iron antique street lamps to be exact. This large-scale assemblage sculpture was made by Chris Burden in 2008, located at the Wilshire Boulevard entrance to the Los Angeles County Museum of Art. All those 202 street lamps were mostly used in the 1920s and 1930s to lit the streets of Southern California. They range from 20 to 30 feet in height and include a dusk-to-dawn solar-powered lighting. When night comes, this sculpture, which is accessible 24/7, would stand out and create such a magical wonder. You might think that a beach would only have great view during the golden hour. Well, not on Newport Beach. When evening approaches, you should enjoy the sunset and capture some beautiful moments at the beach. But, beyond the radiant sun, sand and surf, this place also offers a lot of activities that you could do at night, like wine tasting, art walkings, live entertainment and even spa treatments. As the largest recreational harbor on the west coast, Newport Beach activities are abundant. Visitors can enjoy literally unlimited things. Create lasting memories on the breathtaking seaside cliffs, harbor-front promenades, and leave with only the desire to return. Next on the list is the city’s premier cultural destination with majestic architecture. The concert hall is located in South Grand Avenue in Downtown LA. This is the fourth hall of the Los Angeles Music Center and was designed by Frank Gehry. Since the opening on October 24, 2003, this concert hall, which seats 2,265 people would be a stunning backdrop to your photo session. Not only that you get to visit one of the famous architectural spot in LA and gain great photos, you should also book a ticket and experience the grand musical of any performance that it holds while you’re there. If you’re into the urban hype, this bridge is a prime photography location providing a great urban backdrop. It was a viaduct bridge that connected the Arts District in Downtown Los Angeles with the Boyle Heights neighborhood. Built in 1932, the viaduct was composed of three independent structures: the reinforced concrete west segment, the central steel arch segment over the river, and the reinforced concrete east segment. Aside of all those facts, the main reason of why you should take a photo in this area is because it has also been used as the set of numerous movies, tv series, and music videos. From the Dark Knight Rises to Furious 7. From Kanye West to Maroon 5! Last but not least, you should also visit this famous amusement park located in Santa Monica, California. Opened in 1996, the Pacific Park has a total of twelve rides, including the world’s first and only solar powered Ferris wheel that provides a view of the Pacific Ocean and a roller coaster that circles the majority of the park. It has been in over 500 movies and TV shows such as Hannah Montana, 90210, Mr Bean, and The Tonight Show with Jay Leno. Once the evening approaches, you must get a very nice shots of the Ferris wheel at night when the lights are on as your backdrop! Family Friendly Resorts in Bali That We Love 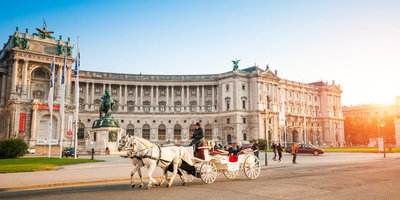