When we travel to a new country, we do tend to stick with the tried-and-true and opt to stay in the capital since that's where most of the people and the actions are. But of course there is always more to a country than just its capital. Check out 6 underrated destinations we picked in Malaysia, Vietnam and Thailand!

Step away from Malaysia's western side and explore its lesser known eastern side! Although renowned for being a major food destination, Kuching also offers spectacular views, particularly at Pasir Pandak Beach, where you will find a good dose of small rolling hills, coconut groves and durian orchards. Just the place to experience the simple village life amidst beautiful nature! Otherwise known as Pearl of the Orient, Penang is also known for its beautiful beaches, including Batu Ferringhi. Located northeast of the Penang Island, make sure you spend your holiday at one of its classic hotels and tourist resorts! While you're at it, don't forget to go jet-skiing, parasailing, or deep sea fishing. Most importantly, try out the relaxingfish spa service!

by Michelle for SweetEscape in Penang Vietnam is certainly not just about Hanoi. As the country's largest city, Ho Chi Minh was previously known as Saigon and possesses the traces of its colonial era, such as the Old French Quarter at Ho Chi Minh Metropolitan Area. Here you will find plenty of shops and restaurants where you can just soak in the city's understated yet charming ambiance.

by Duy for SweetEscape in Ho Chi Minh Spend your lazy afternoons at Krabi's many scenic local parks, such as Thara Park. Located next to the Krabi Marina and behind some of the municipal buildings of Krabi town, this is where you can slow down, enjoy the scenery and take beautiful photos. Otherwise, it's time to get sporty since this park has a large football field, basketball court, and indoor stadium - giving you many options to keep your heart rate high! Located nearby the Samui Airport, Six Senses Samui in Thailand's second largest island, Ko Samui is flanked by the glorious, sweeping panoramas out to the Gulf of Thailand and its surrounding islands, lending the perfect backdrop for your Instagram photos. This is where you can chill out with your loved ones under the sun in a breezy, laid-back setting, with the soothing ebbs and flows of the ocean caressing your ears!

by Anne for SweetEscape in Koh Samui In a city as beautiful as Chiang Mai, of course there is a landmark as majestic as Tha Phae Gate. As part of the wall that surrounded the city at its founding, the gate is also one of the eight entrances to the old city district. This is where you can take part in many cultural activities and festival celebrations, such as the Chiang Mai Flower Festival in February, the Thai New Year of Songkran in April, and the Loy Krathong Festival in November! 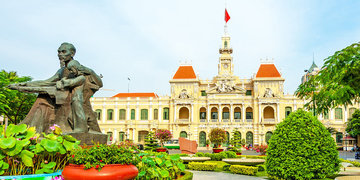 More Cool Photo Spots To Inspire You Going Down Under!