As you probably have known, New Year’s Eve celebration in New York City is truly spectacular and one of a kind by any standard. Anyone growing up with Hollywood flicks will at least have seen one scene where an outpouring off crowd flooded their ways to Times Square New York. As the countdown begins, they cheer and ring in the new year with an uproar of applause, euphoric laughters and seals of a kisses.

A New Year’s Eve celebration in Times Square is not only a much beloved New York tradition, it’s a global phenomenon. It is estimated that about 1 millions of people will gather to one of the most world-famous landmarks to enjoy the best NYC year-end event in December. In addition to star-studded New year’s Eve concerts, there is also the mass countdown marked with the ball drop in Times Square. If you’re truly lucky, you get to be featured on a live television too!

The Central Park or Prospect Park

Central Park is located about 15-20 minutes apart by foot from Times Square and is one of the best spots in Manhattan to witness the magnificent shower of fireworks. The atmosphere is high with cheers and joy that it will be one of the most unforgettable experiences in your life for sure.

Another open park that also comes highly recommended is the prospect Park. Located over at Park Slope, there is also a grand shower of New Year’s Eve fireworks with live music at Grand Army Plaza and a free cocoa drink!

Top of The Rock, Rockefeller Center

Top of the Rock is one of the most amazing New York City’s attractions and it gets even crazier during New Year’s Eve. With 3-tiered observation deck on the 67th, 69th and 70th floors of 30 Rockefeller Plaza, you’re guaranteed to get the most astounding city view including a panoramic 360-degree view of New York sky.

So plan your night right and purchase tickets to enjoy the New Year’s bash in their modern restaurants, including a champagne toast during the ball drop to firework viewing while dining and dancing into the new year.

Head over to Brooklyn Bridge early so you enjoy fireworks from Central Park, Brooklyn, Staten Island and New Jersey as well as the Empire State Building light show. The bridge has always been everyone’s favorite and must not be missed when in NYC. Sign up for their Walking Tour and if the weather permits, you get to enjoy everything happening all at one in this great NYC’s spot.

Looking for options during your New Year’s Eve celebrations? New York Harbor presents more than just a few delightful alternatives for you. From an elegant evening aboard a yacht in formal attire or more casual cruises available for family sailing around New York Harbor. Whatever it is you pick, you will get to spend it on this scenic spot overlooking the Upper Bay and Lower Manhattan skyline in New York. 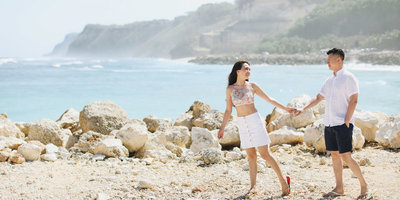