Located in northern Hokkaido Island, Niseko is a laidback town resting near an inactive volcanic Mountain Yotei. With its huge annual snowfall, Niseko receives an average 14 meters of snow which explains the cold temperature, plummeting to -4० Celsius during the coldest month of January.

Not just impressive in snow amount or cold temperature, Niseko is also most often marked for its light and dry powdery snow, making it most ideal for skiing and snowboarding. As expected, many major ski centers have sprouted in the area, along with world class resorts and international standard hotels, golf courses and other entertainment options. Niseko is also dotted with numerous hot spring resorts, known as onsen.

These modern infrastructures offer the much-needed modern comfort that pairs nicely with the natural charm of Niseko surrounding. Its main ski resort called Niseko United dominates the area with four world class ski areas that are interconnected with one another. Along with other types of accommodations, Niseko has enjoyed a rapid growth in business from worldwide travellers.

When you’re not resting in your hotel or resort, Niseko’s main town center named Hirafu is ready to dazzle you with its lively urban rhythm. Over the past 10 years, Hirafu too has developed significantly with its population of luxury hotels, apartments, bars and restaurants, and modern establishments. Still, Hirafu retains a beating pulse of old Japanese values that are quaint, tranquil, and soothing.

With award-winning resorts, breathtaking natural wonderland, and indulging Japanese customs, it’s easy to see why Niseko is garnering more and more attention, from both local or international tourists. For the best time ever when you’re in Niseko, just make sure you pack your ski gear, winter clothing and one important travel-essential, SweetEscape holiday photographer. by Niseko for SweetEscape in Prague 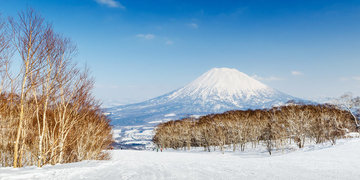 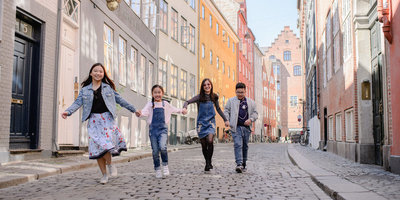 The Most Enchanting & Colorful Homes Around The World 5 Cities in Japan and Their Differences Through SweetEscape's Lenses The Best Places to Have a White Christmas
Share this article