A Sweet Proposal Story in Queenstown
10 May 2018EXPERIENCEBY SweetEscape

It was supposed to be a casual shoot to celebrate the first year of their relationship. It was not a coincidence that it was set in their favorite city in the world, a place where they dream to call home someday. It was a sweet surprise that was met with an even sweeter "Yes!"

"I left Jakarta with a ring that I was planning to give to her when we're in Queenstown," Sandy, the groom-to-be, told us. "I told Debbie, my girlfriend, that I booked us a SweetEscape session because if we were going to be in our favorite city during our anniversary, I wanted the moment to be captured on camera. I didn't tell anyone I was going to propose to her though, not even our photographer. I thought that I'd just 'go with the flow'.

"During the shoot, we hiked up a mountain. I am not a fan of heights, so it was kind of challenging to keep my cool. My heart was beating so hard, I was afraid that Debbie was going to notice something was up. But there we were, standing on top of a mountain, looking at the most breathtaking view I have ever seen in my life, and it just felt perfect. My knees went weak as I bent down. I looked up and saw my girlfriend, looking more beautiful than I'd ever seen her, and my mind went blank. I forgot everything I set out to say."

"'Will you marry me?' It was all I managed to say. I was so nervous that even before she responded, I had slipped the ring on her finger. Her hands trembled as I held it. Then she said one word that made me feel like I was on top of the world."

Sandy and Debbie met at their previous workplace, but didn't 'hang out' until they were forced to be involved in office functions by their colleague (slash matchmakers!) As it turns out, they both shared an interest in a lot of things, and those common interest brought them together.

"I was single for quite some time before I met him," Debbie recalled. "I was perfectly comfortable being on my own and wasn't thinking of getting into a relationship. But things changed when he came into my life. He accepted me, flaws and all, treats me like a princess, puts me at the top of his priorities, forgives me, and basically just loves me by the little things that he probably doesn't even realizes that he's doing. He makes me wonder how someone could love another this genuinely. I couldn't help but fall deeper for him every day. And now I can't imagine my life without him."

For a couple who claims to not be a romantic, they sure made our hearts melt! Take a look at some of their moments captured that made us swoon!

What Sandy Said About SweetEscape

"As a SweetEscape photographer myself, it felt weird at first to be on the other end of the camera. I don't like giving too many directions when I'm shooting and I appreciate being given the freedom to capture moments as it unfolds, and so I wanted to extend the same courtesy to our photographer. It was honestly a fun experience and Debbie and I had a really great time. Our photographer was friendly and we ended up chatting a lot, mostly about photography. Now I'm inspired to take photos in other places! I would definitely recommend SweetEscape, especially for a very special occasion like mine!" 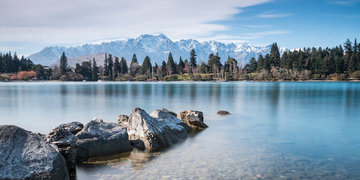 Top 5 Tips When Travelling in London According To Amanda Zevannya 10 Most Inspiring Indonesian Women According To SweetEscape 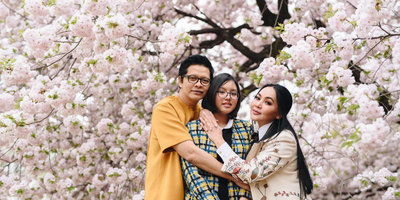