Indonesian Weddings: Why Are They So Extravagant?
23 Sep 2019IDEASBY SweetEscape

As an Indonesian-based company, and one heavily involved and extremely familiar with this kind of weddings, SweetEscape looked into what made Indonesian weddings so extravagant. Read on...

Most commonly seen in third-world or developing Asian countries like Indonesia, a person's status play's a highly important role in determining their social standing. Hence, Indonesian weddings tend to seem overly done due to the fact that they just put in so much effort into their weddings. Wedding venues are always booked all-year-long, and are rented at very expensive prices. Why so? Because of the Indonesian that really puts meaning unto weddings and the meaning behind.

Extravagant weddings are considered as a traditional event, and it has been the tradition from generation to generation to hold grandiose and festive weddings. Often times, it's mostly the doing of the parents of the bride and groom who are in control of the wedding. Interesting, right? You would think that weddings are for the bride and groom to manage, but especially in Indonesia - it's mostly about the parents and abiding by their traditions.

3. 'The Merrier, The More Blessings Come Your Way' - Festivities

According to popular belief, Indonesians believe that the more extravagant your wedding is, the more blessings will come your way. How does it work? Well, Indonesian weddings are known to be more extra than those of the Western countries and even most other Asian counterparts. Given the many cultures present in the nation, it's no surprise that different cultures within the nation have their own festivities and ceremonies aside from the main wedding reception. Hence, weddings in Indonesia are generally a lot longer than the average weddings you are exposed to on television, per se.

Throughout the entire Indonesian archipelago, money and the material world are two very important aspects that play a prominent role in the Indonesian society. The culture for families of old money is to maintain and pass on that image from generation to generation. In result, they have to keep up the grandiose weddings down the family line in order to show off their wealth and economic standing for a purpose of being respectable in the eyes of primarily their networks and friends. Survival of the fittest? Most certainly.

In the Southeast Asian nation of Indonesia as well as other countries alike, the idea of a wedding or the union of one and another is considered to be a big achievement. For some reason, weddings are highly favored by its people that weddings are now an actual culture in the nation. For most people, getting that dream home or finally reaching the highest position in their careerpaths are what would be considered as an achievement. In Indonesia, however, finally getting married to the person of your dreams or the love of your life, is the ultimate achievement and deserves a grandiose celebration. To each their own!

Is your special wedding coming up soon? Or perhaps, someone special to you is getting hitched and have yet to find a the perfect person to capture those once-in-a-lifetime moments? Even the simplest wedding can be turned into precious moments and memories when captured perfectly. Book a session with SweetEscape and we guarantee you will have a great time with our photographers. We're here #ForEvery wedding, so book your session today and let's #makelifememorable! 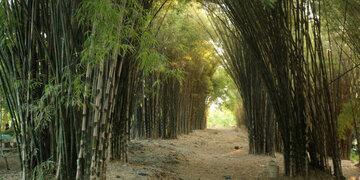 5 Pre-Wedding Concept Clichés You Should Avoid 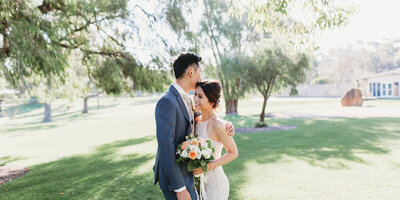