In the modern day society, the role and social standing of women within the society is still a controversial issue that has been dealt with for over decades, and it's safe to say that it has slowly moved towards a better path than the previous times and eras of society. Behind every great story, are figures who have had great influences and impact on the end result of how things came to be.

Most importantly in the South East Asia, powerful women are highly acknowledged for creating and encouraging betterment of the women's well being. Below are only some of the most notable women in South East Asia, read on for some englightening motivation!

The Indonesian born woman known as Sri Mulyani is perhaps one of the most well known Indonesians around the globe. Fact is, she was even ranked by Forbes magazine as the 38th most influential and powerful woman in the entire world. Previously Minister of Finance of Indonesian President Joko Widodo's first Working Cabinet term, Sri Mulyani is now an Indoneisan economist, popularly known as the World Bank Managing Director, who has been highly recognized and credited for having strengthened Indonesia's economy. Since the fate of Indonesia's economy is in her hands (semi-literally), the influential woman has largely contributed in the increasing investments involving her nation. The political figure, who was in fact a high school dropout, succeeded in proving to herself and the world that you can be whoever you want to be, go wherever you want to go and reach the highest of the highs during your lifetime, as long as you put in willpower and dedication towards what you do. The self-made businesswoman is most certainly an idol within the community of Indonesian women, as Susi Pudjiastuti sets such a notable example in the Indonesian community.

Behind every successful country, are great leaders and activists who aim to keep their country together and stronger. Halimah Yacob is not just any politician, she is in fact the current President of Singapore. In addition to that, she is Singapore's first ever female president of the country. Halimah Yacob began as a legal officer at the National Trades Union Congress and was eventually appointed as a director of the Singapore Institute of Labor Studies back in 1999. In a nutshell, the independent female figure plays a great role in portraying women movement as well as securing a spot for women in the society.

As an American politician and a former Army lieutenant colonel, Tammy Duckworth is one of the most influential and leading women in the United States that is of an Asian descent. Born and mostly raised in Thailand, the female figure is well known for her deployment to serve in the Iraq War back in 2004, which unfortunately caused her to lose both of her legs due to an unexpected attack. Even after the accident that changed her life forever, Tammy Duckworth continued to strive as an influential female leader in the United States as a U.S. Senator presenting and supporting great causes for her people. From Tammy Duckworth's case alone, she very well proves that with great willpower and the desire to keep moving forward in life, we can get to great places in life despite the different turmoils that we would eventually have to face.

Despite being an American citizen, Maria Ressa is of a Philippino descent and has an impressive background of professions and is now in a respectable position within her career. Currently, as the co-founder and Chief Executive Officer of a company called Rappler, Maria Ressa strives to better the social news network of Rappler, in order to provide stories of a different perspective, while also inspring the community to be more engaged with the world and everything going on within it, as well encouraging people to head towards social change and action. Perhaps one of the most notable facts about Maria Ressa is that she was previously an investigative reporter for CNN in SouthEast Asia. In 2018, she was even included in TIME's collection of journalists worldwide titled Person Of The Year 2018" who combat fake news and bias. This even led her to face serious arrestment due to a politically motivated act by the government. Nevertheless, Maria Ressa was highly supported by the international community. A striving woman, indeed!

You can be an influential woman too! For any of your photos celebrating your influence as a woman, make sure to book a session with SweetEscape and we guarantee you will have a great time with our photographers. We're here #ForEvery moment, so book your session today and let's #makelifememorable! 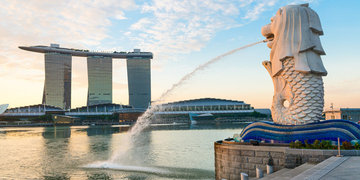 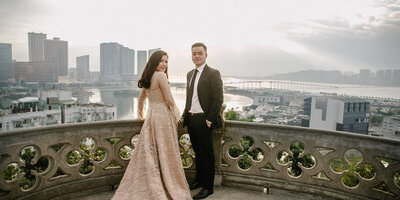 Indonesian Weddings: Why Are They So Extravagant? 5 Pre-Wedding Concept Clichés You Should Avoid
Share this article