Easter is coming! As Christians everywhere commemorate the death and resurrection of Christ, some might plan to go overseas to spend the long weekend and holiday. We've complied a list of several unique Easter traditions from around the world to inspire you in making your Easter more memorable!

As a predominantly-Catholic society, people in the Philippines take The Holy Week very seriously. Although the more secular people would make use of the long holiday to go overseas or to visit beautiful beaches around Manila and other cities around the country, most people would take part in the week-long Easter celebration. One of the most unique tradition there is for the faithful visit several churches–sometimes seven, sometimes fourteen, sometimes no set number depending upon the particular practice–to pray before the Blessed Sacrament in each church, in a tradition called Visita Iglesia or Visitation of Churches.

One of the most popular Easter traditions in the world is the Easter Egg Hunt. Children get to paint hard-boiled eggs in bright colours, and the adults will hide them for the children to find, with the Easter egg itself was defined by early Christians as an Easter symbol of the resurrection of Jesus: the egg symbol was likened to the tomb from which Christ arose.

The White House Easter Egg Roll is a timeless tradition that dates back to 1878 under President Rutherford B. Hayes, held on the White House South Lawn in Washington D.C. each Easter Monday for children aged 13 and younger and their parents, hosted by the current President and the First Lady. The Egg Roll is basically a race, where children push an egg through the grass with a long-handled spoon, while other activities such as live music and decorated Easter eggs exhibition happen around the lawn, encouraging kids and young people to live healthy and active lives.

by Guilherme for SweetEscape in Rio de Janeiro

A lot of Brazilians will travel abroad during the Semana Santa (Holy Week), but as a country with one of the biggest Roman Catholic populations in the world, a lot of age-old traditions are still taking place in Brazil for Easter. One of the most beautiful traditions in Semana Santa is the decoration of streets for the Sunday procession. Many cities do it for Corpus Christi, but in Ouro Preto, a town near Belo Horizonte, for example, people create colorful carpets with wood shavings, flour, coffee, flowers, and other elements the night before Easter Sunday for the procession to walk on.

Easter is famous for its' Easter Parade, and the most famous of Madrid's Easter parades is that of the Cristo de Medinaceli (Christ of Medina), which takes place on Good Friday, April 4, and runs through the main streets of the city from the parish of Jesús de Medinaceli. Whether you're religious or not, a traditional Easter procession is worth seeing for the emotion that fills the Madrileños who walk their saints through town and how the city centre's streets are decorated. All around Spain there seem to be traditional desserts for every holiday, and Easter is no exception. It doesn't matter if you fancy yours with milk, wine or in the purest form, you'll find all types of 'torrijas' in bars and restaurants throughout the city. To officially bid adios to Easter week, on Sunday there's a spectacular 'tamborrada' (drum parade and festival) in Plaza Mayor. Hundreds of official drummers meet at noon to create a thundrous event with their drums, cymbals and bugles that sends tingles up and down the spines of locals who come to watch as well as anyone not in the know happening by and startled by the first whack of the stick.

The Osterbrunnen (Easter Well or Easter Fountain) is a German tradition of decorating public wells or fountains with Easter eggs for Easter. It began in the early 20th century in the Franconian Switzerland region of Upper Franconia but has spread to other regions. The decoration is usually kept from Good Friday until two weeks after Easter. Decorating a well for Easter honours water, essential for life, and Easter, the feast of renewed life. Over the time, these decorated wells became interesting tourist attractions, such as the wells in Heiligenstadt and Bieberbach which become destinations for bus tours from cities such as Munich and Dresden; Heiligenstadt is visited by some 80 buses a day, while the fountain in Bieberbach was listed in 2001 in the Guinness World Records for 11,108 hand-painted eggshells!

Wherever you plan to go for Easter, make it memorable with SweetEscape! We connect you to 2000+ professional photographers in more than 400 cities around the world, so all you have to do is to create your memories, while we take great photos of your every moment! Use the code FIRSTESCAPE on your first SweetEscape booking to get USD50 off and let's #MakeLifeMemorable! 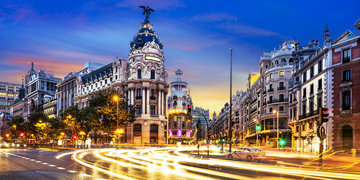 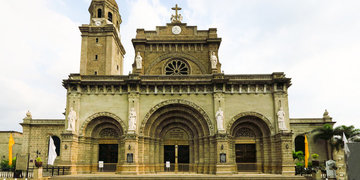 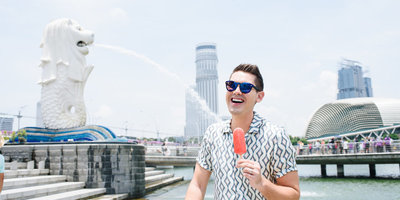 Common Singlish Terms You Need to Master Before Going to Singapore Five Essential Tips for Your Long-Weekend Trip to Singapore Hop on a Jetplane! Overseas Destinations You Can Reach with Short Flights From Jakarta
Share this article